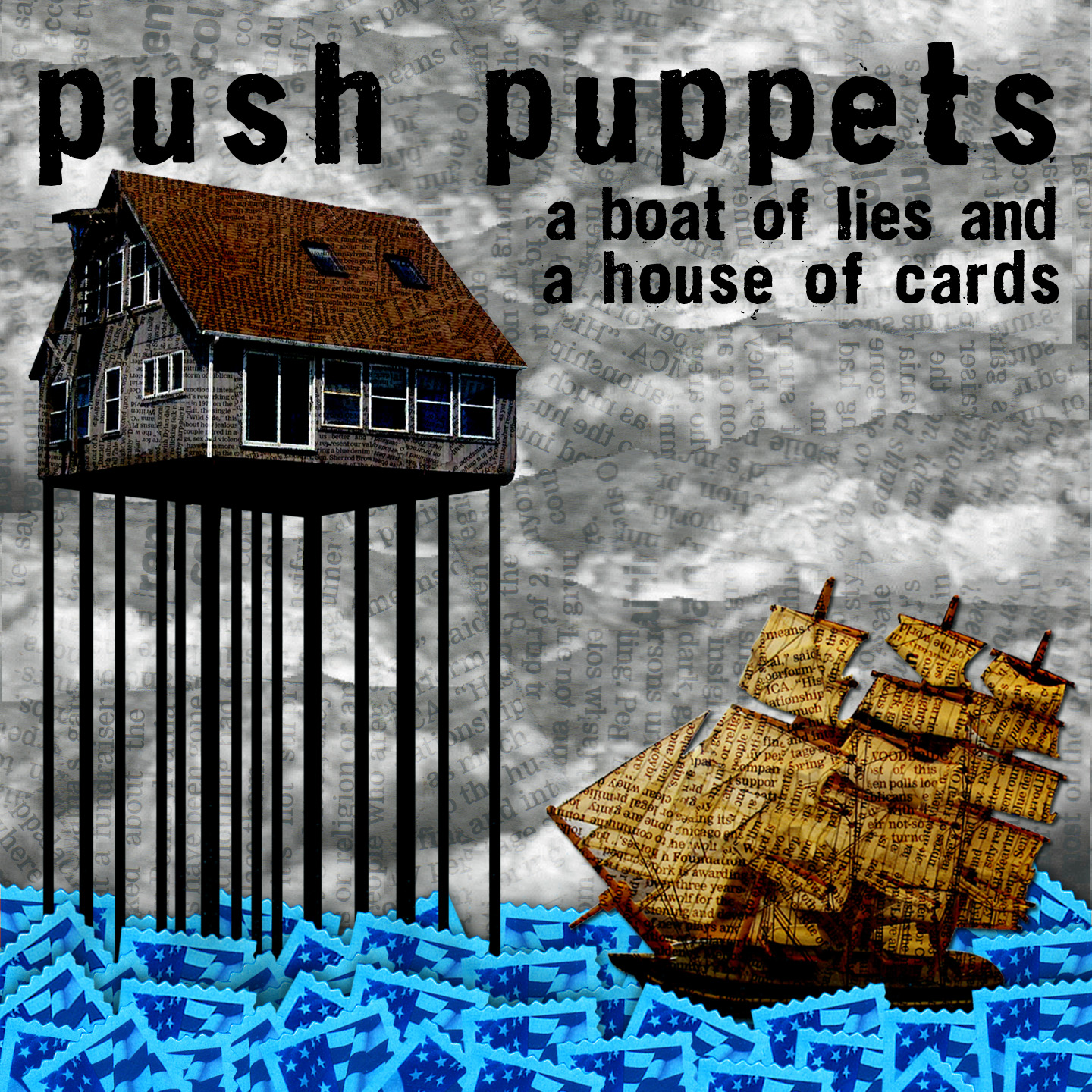 Push Puppets is the solo project of Chicago-based singer/songwriter/guitarist Erich Specht. This indie rock act offers well-crafted songwriting with hooks that are hard to shake and production that is awash in harmony and creative guitar firepower. The lyrical sensibilities of some of the heroes from his youth such as Paul Westerberg or Elvis Costello have clearly impacted Specht’s songwriting which is often brutally honest and always memorable.

The new album titled “A Boat of Lies and a House of Cards” on the Waterweight Music Ltd. label was released on April 3rd. The release will be celebrated with an album release show at Hey Nonny in Arlington Heights, Illinois on Friday, September 11th (rescheduled from April 4th).